By night, Wolf captures light beaming blue, gold and green from apartment-block windows, gracing the concrete boxes with an unexpected cinematic grandeur worthy of great Hong Kong filmmaker Wong Kar-Wai. Indoors, residents go about their business, watching TV, doing the dishes, apparently unaware that their actions are echoed by their neighbors ad infinitum in a relentless but somehow reassuring urban rhythm. By day, Wolf’s hulking, drab gray tower block makes us all the more attentive to colorful details: a child’s red pajamas hung out to dry, a blue plastic bag of groceries dangling perilously from a window handle. This is Hong Kong at its intimate best and anonymous worst, all in one photo — but it’s much more than that, even. Wolf’s photos distill all of city life as we know it down to its oxymoronic essence: layer upon layer of existential ennui and pulsating vitality, slabs of concrete and the signs of life that miraculously break through it. For better and for worse, there’s no denying: this is the life.

Twittering is for people whose attention span is taxed by blogs.

Over at the Atlantic Monthly website, Jeffrey Goldberg is ragging Glenn Greenwald for the sin of publishing in the American Conservative. Goldberg’s argument, not spelled out explicitly but vaguely smeared by implication, seems to go like this: the American Conservative was founded by Pat Buchanan, a well-known anti-Semite; by publishing in TAC Greenwald is making common cause with Jew haters.

Greenwald is a skilled polemicist, more than able to take care of himself. He quite rightly  describes Goldberg as using a “guilt by association” technique. I would call it a “guilt by publication” argument.

END_OF_DOCUMENT_TOKEN_TO_BE_REPLACED

John Updike has long been a bountiful boon to the Begley family. In the early 1950s, Updike and Louis Begley were classmates together at Harvard, both studying English. Updike, of course, went on to become a famous writer. Begley had a long career as a lawyer but took up fiction late in life, starting to publish his first books in the early 1990s.

Begley’s most famous novel About Schmidt (1996) was made into a well-regarded film starring Jack Nicholson. The basic conceit of the film About Schmidt — a well-to-do American suburbanite write letters about his unhappy domestic life to a foreign child he’s sponsoring —  owes more than a little to “Dear Alexandros”, a short story Updike wrote in 1959.

Now Adam Begley, Louis’ son, has received an advance by HarperCollins to write a life of Updike. In life and in death, Updike continues to be, for the Begley clan, the gift that keeps on giving.

(Note: Thanks to a comment by reader DW, I’ve corrected this post to make it clear that it’s the film About Schmidt that borrows from “Dear Alexandros”). 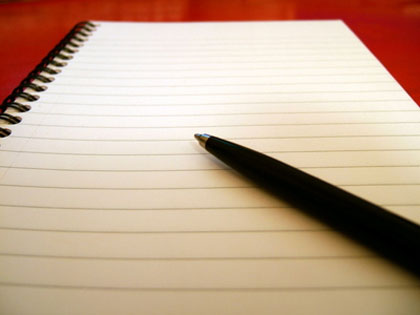 As with all his writing, Kafka’s masterful story Ein Brudermord (A Fratricide) can be read on many levels.  Most immediately it is about the inexplicable murder of Wese by Schmar, with the neighbour Pallas a passive observer to the scene; Wese’s wife arrives too late, only to discover her husband is already dead. Yet on a deeper level the story reads as an allegory for the death of reason as progress, the bludgeoning of Enlightenment philosophy at the end of a knife: “An und für sich sehr vernünftig, daß Wese weitergeht, aber er geht ins Messer des Schmar.”  In and of itself it is very rational for Wese to go forward, but he goes into the blade of Schmar. The philosophical cadences here are unmistakeable: “an und für sich” is the language of Kant, and even the name of the protagonist – Wese – evokes the German word “Wesen,” or “essence” in the German philosophical tradition (Schmar, meanwhile, suggests Schmarre; a slash). Schmar’s irrational opposition to Wese, his old “friend,” his brother in humanity, is as complete as it is impatient: even after Schmar has already stabbed Wese, he turns to his body and asks: “Why aren’t you just a balloon full of blood, so that I might sit on you and make you disappear altogether? … What silent question do you mean to pose?”

Writing against the backdrop of World War I, Kafka did not need to be reminded of the manifestations of his allegory, of the hope of progress and civilization’s rational advance terminated by brutal, unmediated violence. My friend Imtiaz Ali, a courageous journalist from Pakistan who has himself been threatened by the Taliban, wrote yesterday with the sad news that his colleague Musa Khankhel, 28, was murdered after a brief abduction by militants.  “It is all the more painful,” reflected Ali, because Musa Khan was working in a critically important part of Pakistan, where the Pakistani government had just signed a peace deal with militants in the hope of bringing peace to a turbulent and violent region.  But this was Khan, says Ali: a “peace activist,” a muckraker who “broke many stories,” and “a fearless man.”

END_OF_DOCUMENT_TOKEN_TO_BE_REPLACED 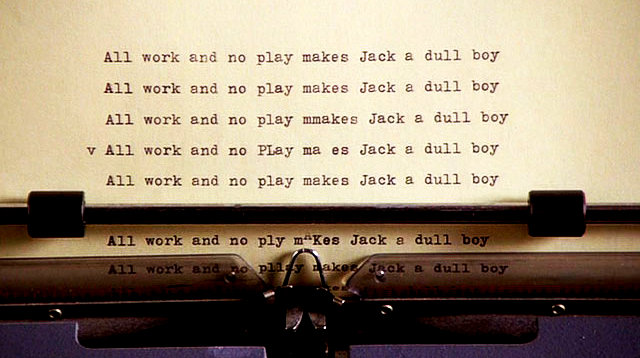 There come moments in the lives of writers when the words that they use everyday seem suddenly and wholly inadequate to the tasks to which they have been set. Moments when every turn of phrase, every carefully-planned construction, fails to capture and convey the desired meaning, leaving the writer with a gnawing fear that perhaps his or her mother tongue was not built to communicate important things at all, but merely to serve as a low-cost mechanism for establishing and cementing interpersonal bonds. One never loses the ability to talk about the weather, somehow. END_OF_DOCUMENT_TOKEN_TO_BE_REPLACED

END_OF_DOCUMENT_TOKEN_TO_BE_REPLACED

What’s the least romantic blog post I’ve come across dealing with Valentine’s Day? I’d have to give the laurel to Stephen Walt, a major theorist in the field of International Relations (IR) and in many ways an estimable, and even brave, writer. Writing for his blog hosted by Foreign Policy, Walt’s post “IR theory for lovers: A valentine’s guide” deals with the “important insights that international relations theory can provide for people in love.”

If you want to recite a love-themed work to your beloved, try a sonnet from Shakespeare or Donne and avoid Walt’s little essay, which is very interesting but also a real mood killer, even if you’re as sympathetic to foreign policy realism as I am.

Reuters has a story about Canwest, the owner of the National Post, being on the verge of bankruptcy. It follows several similar stories in recent months, including a good one in Maclean’s by Duncan Hood that helpfully explains the different reasons for the company’s decline. One reason is mismanagement:

The bigger problem falls under the heading of “questionable acquisitions at high prices,” and the piles of borrowed money required to close those deals. Since taking over, Asper has bought up a grab bag of properties. He has launched three radio stations in the U.K., acquired four radio stations in Turkey, and bought the New Republic magazine in the U.S. Then, just a few months ago, he turned around and sold the U.K. stations for an undisclosed price, less than three years after launching them. Such flip-flops have helped contribute to a perception that management doesn’t have a long-term plan. “What can I say?” says Robert Floyd, president of R.A. Floyd Capital Management in Mississauga, Ont. “They’re not the brightest bunch of boys when it comes to buying assets.”

It turns out that Canwest is not the only television company feeling financial pain. According to a piece in The Globe and Mail, profits are down 90 percent at all the big Canadian commercial networks (Global, CTV, CITY, French-language TVA). According to the Globe, “Several factors led to the declines, including the migration of TV audiences and revenue to the Internet and to cable, and the impact of the TV writers strike last year.” In Canwest’s case, its mismanagement problem would only seem to be making a bad situation worse.

I’m responding with the only vocabulary I have to ordinary and extraordinary situations that I see around me. I have to slap my hands sometimes not to take certain pictures. But the more I look at the life of the children, the more enigmatic and fraught with danger and loss their lives become. That’s what taking any picture is about. At some point, you just weigh the risks.