Off and on I’ve been reading National Review for three decades now, which comes as a surprise to friends since I don’t share any of the magazine’s politics. But National Review has published some fine writers, along with the usual assortment of conservative hacks.  First and foremost, the magazine published many reviews by Guy Davenport, one of the greatest essayists of the last century. And of course Hugh Kenner was one of the great literary critics and a master stylist. Below that Olympian level there were many excellent writers: D. Keith Mano, Richard Brookhiser, Garry Wills, Joan Didion, Arlene Croce, Theodore Strugeon, and Jeffrey Hart. Even Joseph Sobran was capable of a fine turn of phrase when he reined in his racism and paranoia about Jewish power.

Having said that, there were always issues on which the magazine could not be trusted. Off the top of my head, I could never believe anything the magazine wrote about black people, the civil rights movement (they once asserted that Martin Luther King, Jr. was a poor public speaker!), intelligence tests, Latin American dictatorships (especially Chile), South Africa (and really the whole continent of Africa), climate change, the Viet Nam war, the theory of evolution, anything to do with the Middle East or Islam, supply side economics, the Shakespeare authorship question (the magazine allowed Sobran to indulge his pet theory that the Earl of Oxford wrote the plays). This is only a partial list but gives you an idea of the magazine’s blind spots.

Pop music belongs on the list. Attached at the bottom of this posting is a scan of a National Review editorial from the August 10, 1984 issue which claimed that pop music was becoming more conservative in the Reagan era. 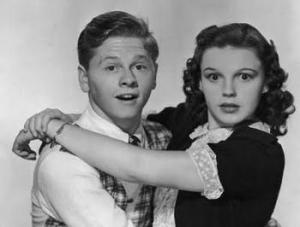 Among the astonishing sentences in the article:

“Hip Hop culture (of which break dancing is a part) is an update of the Mickey Rooney-Judy Garland musical ethos.” (In the whole history of the world has there ever been a more amusing example of clueless white people writing about black culture?)

“Bruce Springsteen (one of the few rockers capable of writing intelligent lyrics) has led the rightward tide. He still writes about the working-class victims of the Rust Belt, but on his last two albums – Nebraska and Born in the U.S.A. – his heroes are invested with a cowboy libertarianism.”

“One of the new artists who is writing with explicitly conservative lyrics is Little Steven. His most recent album, Voice of America, includes songs about the Polish Solidarity Movement, the Berlin Wall, and the outrage of urban crime and disorder.”

I’ll leave it up to readers to imagine how Mickey Rooney inspired Hip Hop. About Little Steven I’ll simply note that support of the Solidarity Movement (which was rooted in labour unionism) and opposition to the Berlin Wall could be found among liberals, anarchists, and socialists. And indeed, Little Stevens was no conservative. Here is what Wikipedia says: “With Voice of America, [Steven] music became explicitly political, with the central theme being opposition to Ronald Reagan-era American foreign policy… [In] 1985 he created the music-industry activist group Artists United Against Apartheid as an action against the Sun City resort in South Africa….In 1987, he released the album Freedom – No Compromise,which continued the political messaging in an even more strident fashion. Some U.S. appearances in that year as opening act for U2’s arena-and-stadium Joshua Tree Tour continued in the same vein – Oliver North was labeled a ‘criminal motherfucker’….” I wonder what the folks at National Review thought when they heard that description of Oliver North.

About Springsteen’s “cowboy libertarianism”: by 1984 it was already clear that Springsteen was a New Deal Democrat, and musically much influenced by a tradition that was even farther on the left, Popular Front legacy of Woody Guthrie and Pete Seeger.  Readers unfamiliar with the great Springsteen’s work might want to look up the lyrics from Nebraska, which includes songs like “Johnny 99”, which run:

He came home too drunk from mixin’ Tanqueray and wine

When an off-duty cop snuck up on him from behind

He came into the courtroom and stared young Johnny down

Well son you got a statement you’d like to make

Before the bailiff comes to forever take you away

Now judge I had debts no honest man could pay

Now I ain’t sayin’ that makes me an innocent man

And let `em shave off my hair and put me on that killin’ line.

Or how about this great celebration of the free market found in “Used Cars” (like “Johnny 99”, a song from Nebraska):

My ma’s in the black seat sittin’ all alone

Now, my ma, she fingers her wedding band

And watches the salesman stare at my old man’s hands

He’s tellin’ us all ’bout the break he’d give us if he could, but he just can’t

Well if I could, I swear I know just what I’d do

Now, mister, the day the lottery I win I ain’t ever gonna ride in no used car

Now, the neighbors come from near and far

As we pull up in our brand new used car

My dad, he sweats the same job from mornin’ to morn

Me, I walk home on the same dirty streets where I was born

The sounds echoin’ all down Michigan Avenue

Now, mister, the day my numbers comes in I ain’t ever gonna ride in no used car