Over at the National Post I have an essay about the “peace process”. You can read it here. This is the opening:

Belligerent, self-destructive men aren’t always loners. Think of Ernest Hemingway. He abused his body with drink, constantly picked unnecessary fights and alienated those he loved. In short, he wrecked his life and his final act of self-slaughter was merely the last in a long string of self-inflicted wounds. But despite his shoddy antics, Hemingway was rarely alone in his folly. He was surrounded by cronies who egged on his terrible deeds, celebrating misbehaviour as a form of manly defiance. These cronies were enablers who encouraged the worst excesses in their hero making any possibility of self-correction much more remote.

END_OF_DOCUMENT_TOKEN_TO_BE_REPLACED

It is a strange yet common tendency of the beginner artist to think that the use of a reference object or image — a live model, for example, or a photograph — is somehow cheating. The beginner thinks, as I have thought at times, that a true artist is able to generate beautiful pictures directly from his or her imagination, without having to “copy” from something in front of them. Of course, this idea is both accurate and completely misleading. Many artists, through rigorous training and ongoing practice, have internalized the makeup and proportions of the human body (to take a common subject) and can render it at will — this being more than adequate a skill for artists employed in the fields of, say, fashion design or advertising. But many other artists regularly use live models or photographs as reference points, either because they are trying to capture the look of a specific person (rather than an imaginary one), or because they are trying to understand more perfectly the human form itself. Some, of course, are trying to do both.

END_OF_DOCUMENT_TOKEN_TO_BE_REPLACED

The romance of war doesn’t just appeal to conservatives who have spent too much time reading Kipling and watching old John Wayne movies. Liberals also have their own tendency to glamorize war, going back at least as far as Woodrow Wilson’s absurd celebration of the First World War as a great battle for democracy.

For the last half-century, counterinsurgency has been the type of war that liberals are most likely to idealize. In theory, counterinsurgency sounds great: it’s war fought to win “the hearts and minds” of the people, war that involves building alliances with the local population, war done with the best of intentions, war as a giant social welfare program (with guns).

END_OF_DOCUMENT_TOKEN_TO_BE_REPLACED 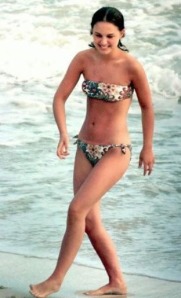 “What have you been up to?” That’s a question that no reader of this blog has asked me. Still, here is the answer:

1. I’ve been writing literary essays for The Walrus, Canada’s answer to Harper’s or The Atlantic Monthly. My long review essay on “the Holocaust novel” can be found here. It touches on everybody from T.W. Adorno to Natalie Portman to Art Spiegelman.  I also wrote a briefer, but related, review of Keith Oatley’s new novel, a review which can be found on the bottom of this page. Finally, I have a little essay on the difference between reading a writer and listening to him or her read, which is here.

END_OF_DOCUMENT_TOKEN_TO_BE_REPLACED

One of the great benefits of the Internet is the ability it gives creative people to communicate with and support each other, by sharing techniques and providing feedback on work they’ve offered up for review. One of the great benefits of the Internet for the rest of us is that it allows us to see and enjoy their work. For fans of independent film, Shooting People is a must-visit. Launched in 1998 (the same year in which Jesse Ventura got elected governor of Minnesota and Viagra was approved by the FDA, if that gives you a better sense of just how far back that was), S.P. ran on an entirely volunteer basis for its first four years. It now boasts a community of more than 37,000 U.S. and U.K. filmmakers who each pay only $40 a year for a range of services including DVD distribution, casting, and crewing — and more importantly, for the chance to meet and help others like themselves.

END_OF_DOCUMENT_TOKEN_TO_BE_REPLACED

We’ve seen this in the movies dozens of times: highly-trained Western special forces burst suddenly into a target building, their weapons at shoulder height. Moving rapidly from room to room, they identify each potential target within a second, unhesitatingly shooting the bad guys while keeping safe the unarmed and innocent. When it is over, the audience breathes a sigh of mixed relief and admiration.

Being the movies, this cannot really depict reality — and in fact, it doesn’t. It turns out that when special forces burst into a house, they keep their eyes closed.

END_OF_DOCUMENT_TOKEN_TO_BE_REPLACED

Jeet has twice written thoughtfully herein on David Frum’s recent firing by the American Enterprise Institute (see both here and here), so I’ll limit myself to pointing out a couple of related items. The first is an essay on the topic by the estimable Scott Horton, who argues that the intellectual death of the Republican Party bodes very ill for American democracy, even if it bodes well for Democratic party fortunes in the short term. The second (again via Scott Horton) is a remarkable observation that Frum made to ABC Nightline’s Terry Moran in an interview only a couple of days before his firing (it’s also viewable on YouTube here), on the GOP’s anger-driven strategy for defeating the health care bill:

Moran: “It sounds like you’re saying that the Glenn Becks, the Rush Limbaughs, hijacked the Republican party and drove it to a defeat?”

Frum: “Republicans originally thought that Fox worked for us and now we’re discovering we work for Fox. And this balance here has been completely reversed. The thing that sustains a strong Fox network is the thing that undermines a strong Republican party.”

It has long been a rule of thumb in the partisan media that circulation goes up when the party one aligns with is out of power, and goes down when it is in power — it is more fun, more pulse-racing, to fiercely oppose the actions of a government than to debate the banal details and necessary compromises of real policy-making. So if Fox News and right-wing talk radio will always benefit more when the Republicans are in opposition than when they’re in government, it does seem short-sighted of the GOP to rely on these deeply conflicted institutions to help bring them victory.

What does Fox care about political power? They want ad dollars, and this means viewers — and the angrier and more engaged, the better. A lost cause can be such a sweet thing.

I want to revisit something Charles Murray wrote in response to the firestorm that followed David Frum’s firing from the American Enterprise Institute (AEI). “AEI has a culture, the scholars are fiercely proud of that culture, and at its heart is total intellectual freedom,” Murray argued. “As for the reality of that intellectual freedom, I think it’s fair to say I know what I’m talking about. I’ve pushed it to the limit. Arthur Brooks is just as adamant about preserving that culture as Chris DeMuth was, and Chris’s devotion to it was seamless.”

In his various shoddy books and essays, Murray likes to do thought experiments.

Suppose Murray spent a month reading the writings of economists like Joseph Stiglitz, Amartya Sen, James Mirrlees, and Robert Solow. All of these writers a 1) social democrats of one form or another, and 2) much more highly regarded in the social sciences than Murray himself (all of them are Nobel prize winners and widely cited in the scholarly literature).