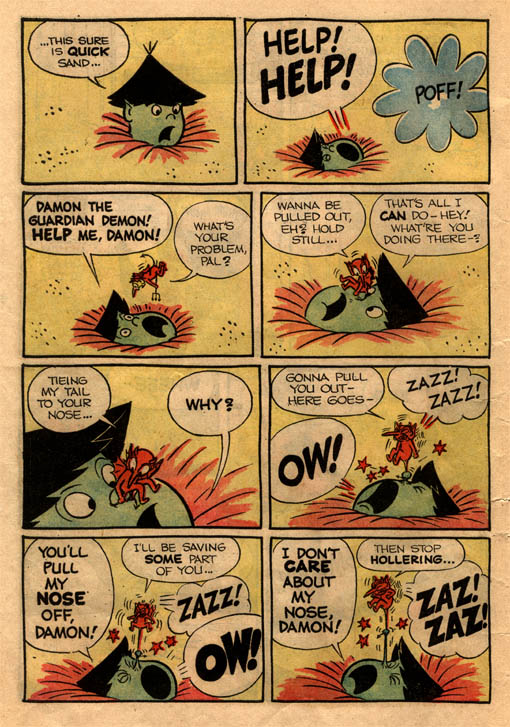 There are not many cartoonists who have claims to greatness; perhaps a dozen or a score. Of this elite group, the least known to the general public and most underrated even by the cartooning cognoscenti is John Stanley (1914-1993). To the extent that he’s remembered at all, Stanley is known as the writer for the Little Lulu comic book series published Dell Comics. Stanley worked on the series from 1945 till around 1961 but during his long tenure at Dell worked on many other titles, ranging from characters created by others (Tubby, Nancy, Andy Panda) as well as characters he himself invented (the horror-spoof Melvin Monster, as well as teen comics like Dunc and Loo, Thirteen, and Kookie).

Fortunately we seem to be going through a small John Stanley renaissance right now. Dark Horse has released an 18-volume series reprinting the first decade of his Little Lulu work while Drawn and Quarterly has announced a new series that will reprint the books where Stanley worked on his own characters (Melvin Monster, Dunc and Loo and the other teen books). The Drawn and Quarterly series is especially exciting because this work is among Stanley’s best and the series as a whole will be designed by longtime Stanley admirer Seth (Seth’s graphic novel Wimbledon Green contains an extended homage to Stanley.)